Started on a trip to Central Asia. Original artwork.

In 1992, I was on a hike in the Karlyuk caves in Turkmenistan. It so happened that I almost didn’t go. A few years before that, when I was getting ready for my very first hike, I was so worried that I had a very high temperature and had to give up. The same thing happened that time, but, fortunately, my friend still persuaded me to go. It was great to take a long train ride and watch everything change day after day, including the music on the trains radio.

The trip was very poorly organized by the senior students, we got lost, lost food and people. We often walked between caves, along snow-capped gorges, at night, because, i think, we were in the reserve illegally.  One day we suddenly found ourselves on a plateau in the dark and spent the night right there, under the stars.  The whole trip I had a rattling box of pastels with me and one day I started this sketch, which Inow finished.  We went swimming in a hot spring around which mint grew.  Chocolate mint canyon.

The gypsum caves themselves were of such incredible beauty that nothing can ever compare.  Despite the large number of adventures that cannot be told at once, everything went well.  I was no longer so afraid to travel far.

The paper is a bit worn as it went all the way to the central Asia and back with me, it’s vintage technical drawing card and has some Russian text on the back.

The art needs to be framed under glass.

There are no reviews yet.

Only logged in customers who have purchased this product may leave a review. 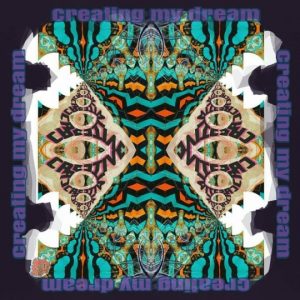 “Going towards the Stars” 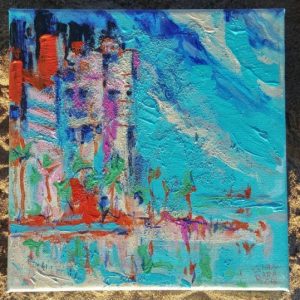